If you have been wondering, “How long do squirrels live?” then this article is what you are looking for!

The answer is, “Most squirrels do not live beyond their first year as they are vulnerable to attacks from predators. Squirrels that manage to survive the first year of their life have an average lifespan of eight years in the wild.”

The more complete answer is that how long a squirrel can live depends upon multiple factors including:

Let’s take a closer look at factors that impact a squirrel’s lifespan. 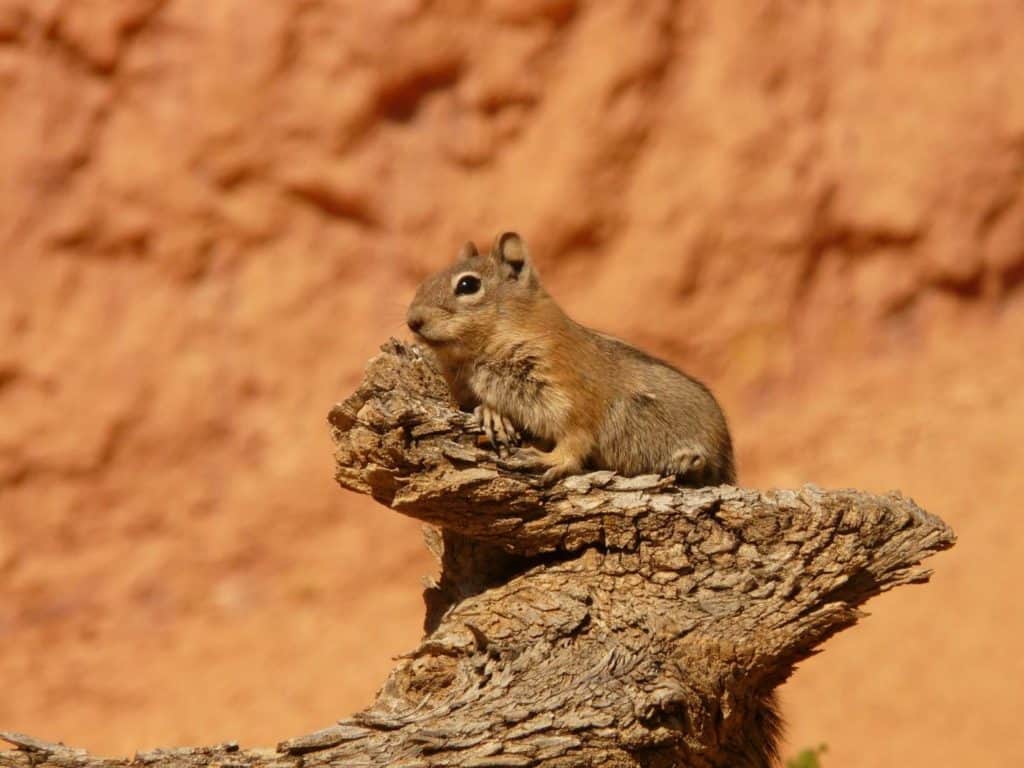 Different species of squirrels generally have different life spans. A brief look at the life expectancy of species found in the United States reveals the following:

In captivity, red squirrels can live up to 8 years.

In captivity, fox squirrels have lived up to 18 years (source). This is quite long compared to other animals.

Their maximum age in captivity has been recorded to be 19 years.

Eastern grey squirrels live up to 12 years in the wild (source). Their lifespan increases in captivity and their maximum age has been recorded to be 20 years.

Black squirrels are actually fox or eastern grey squirrels. Their hair color varies due to different levels of melanin in their body. They are not very common in the United States, but may be found in the Midwest. Most black squirrels can live up to 6 years in the wild.

Like other squirrels, their life span increases in captivity and they can live up to 18 years.

The longest lifespan of a Richardson ground squirrel in captivity is 7 years.

How Do Squirrels Live So Long?

Squirrels may not live as humans do, but they do live a lot longer compared to other rodents. For the most part, the life span of an animal depends upon the level of predation. Squirrels are lucky in this regard. They have quick reflexes, excellent eyesight, and are very good climbers and jumpers. This helps them escape predator attacks.

Baby squirrels are the most vulnerable since they cannot defend themselves as well as the adults can.

Check out this video of a squirrel escaping a hawk attack:

Squirrels are likely to live even longer in captivity. This is because they don’t get exposed to disease as often, have a reliable supply of food, are protected from predators, and have fewer fights over matters of territory and mating.

Factors that Impact How Long a Squirrel Lives

There are several events that can impact a squirrel’s life expectancy. These are mainly predators, disease, parasites, vision loss and tooth loss.

Common Diseases and Parasites in Squirrels

Squirrels are often infected by viral diseases such as squirrel pox (source). It spreads through insect bites and causes tumors to appear on their body. Squirrel diseases are complex as European red squirrels can die because of squirrel pox, but grey squirrels are immune.

In red squirrels, the virus can cause lesions, skin ulcers, and scabs. The lesions and scabs may also swell and discharge liquid. Squirrels infected by this virus will become extremely lethargic and will eventually die.

Squirrels can become host to a series of parasites as well (source).

Ground squirrels, for instance, may become a victim of the flesh fly Neobellieria citellivora. Adult flesh flies can lay live larvae on the body of a ground squirrel. The larva causes lethal myiasis in the squirrel. This means that the larvae settle down inside the skin of a squirrel and feed on its tissues. Infestation can last for 5 to 6 days, after which the ground squirrel dies.

Squirrels are also infected by fleas and ticks, but this does not prove to be fatal for them (source). Other parasites that can infect a squirrel include single-celled coccidia. They are found inside a squirrel’s digestive tract. Parasites like trypanosomes can be found in their bloodstream, spinal fluid, and lymph. Squirrels are also susceptible to flatworms and nematodes.

Tooth loss can be very serious for squirrels.

A squirrel’s incisors tend to grow throughout their life and it’s important that they keep long and sharp in order to consume food. A broken tooth or tooth loss can result in death due to starvation. Squirrels with broken teeth need treatment in order to survive. Without this, the tooth will not grow back normally. It will also grow at a slow rate, thereby compromising the squirrel’s life.

Squirrels can also suffer from a condition called Malocclusion, which causes improper alignment of their incisors. Malocclusion requires medical treatment and if a squirrel is unable to get it, then it will die. This can be due to starvation or because the teeth end up penetrating through the skull or jaw of the squirrel.

If you find a squirrel with a broken, misshapen tooth, then try and get in touch with a wildlife rehabilitator. If you don’t, the squirrel is very likely to die.

Loss of Vision in Squirrels

As squirrels get older they sometimes start to lose their vision due to the formation of cataracts or as the result of eye infections.  Healthy squirrels have excellent vision and depend upon their eyesight to spot predators.  While a blind or vision impaired squirrel can still successfully forage for food it becomes incredibly vulnerable to predators.

Like all other animals, the most obvious threat to a squirrel’s life is a predator attack. Owls and hawks are their most prominent predators. Animals like weasels, foxes, and skunks will also prey on squirrels. Rattlesnakes and black snakes are among their predators as well, but these tend to target baby squirrels instead of adult ones.

Here’s a video of a baby squirrel getting ambushed by crows:

Grey squirrels fare quite well in urban areas. Where most wild animals may not be able to survive in the midst of man-made developments, grey squirrels can adapt very well to such environments. They are less exposed to typical predator attacks in urban areas as well and do not need to forage too much for food. As a result, they can live longer in these areas than they would in the wild.

Check out this video of a squirrel in ninja-mode:

There are several things that determine the lifespan of a squirrel. They are hardy creatures and unless they get attacked by a predator or become infected by a fatal disease, they tend to outlive their rodent counterparts.

If you want to help the squirrels in your yard live longer then a simple step would be to put up a nesting box or two so they will always have someplace to come in out of the cold.  Heck, you could even put up one of our awesome squirrel feeders to make sure they always had something tasty to eat as well!