Squirrels are among the most common wildlife that we see in urban environments and they generate a lot of curiosity with their behavior and antics.  People are especially fascinated with baby squirrels because, let’s be honest, they are absolutely adorable!  If you are excited about the thought of seeing some of these delightful itty bitty fur balls then you are probably wondering, “When do squirrels have babies?”

Squirrels have a litter of 2-4 babies, called kits or kittens, in February and March.  Older female squirrels will produce a second litter in August.  The timing of the births will vary based upon latitude and availability of food.  The babies will leave the nest at three months of age and reach full size nine months after being born. 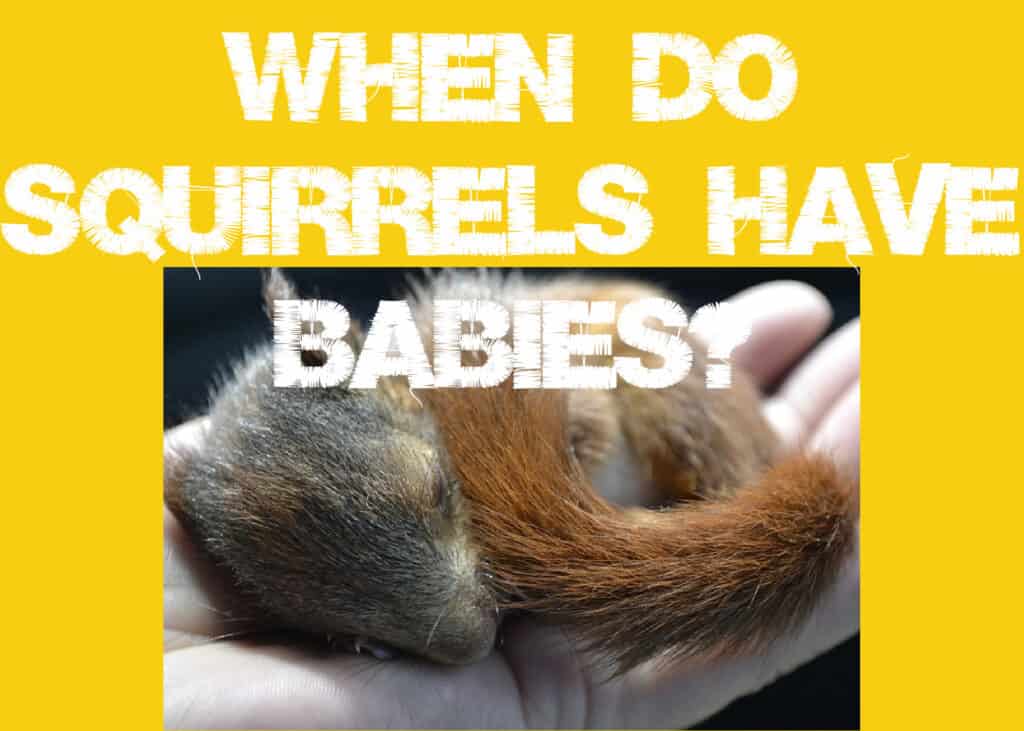 The Months That Squirrels Have Babies

We are going to be specifically looking at the Eastern Grey squirrel for this article as it is one of the most common squirrel seen and asked about in urban environments.  Other species of squirrels (Fox Squirrels, Red Squirrels and Flying Squirrels) follow similar patterns of reproductive behavior but with different breeding dates and gestation periods.

Grey squirrels will carry their babies for 44 days which results in the earliest baby squirrels being born in late January and the latest being born in April.  In the fall breeding season the babies will be born in June and July.

The numbers and dates presented above are general ranges but they can vary dramatically based on environmental conditions.  An article published in the Journal of Ecology by John Gurnell in 1996 showed a strong statistical correlation between both food availability and winter severity with the breeding patterns of grey squirrels (source).  To quote from the article’s abstract:

“In good seed years, breeding starts in December, in poor seed years the start of breeding is deferred until the spring. There was no or very little spring breeding in 5 years when food supplies were poor.”

Here is a more detailed article describing what squirrels eat that shows the importance of different food sources: What Do Squirrels Eat? Two Big Surprises!

How Many Squirrel Babies Are in a Litter?

Grey squirrels average three babies per litter with a maximum liter size of eight. These babies, called kits or kittens, are born blind, deaf, and furless, like most other species of rodents. Their ears are also folded against their skull and they are completely helpless.  The kits weigh about 15 grams which is about the same weight as two tablespoons of flour.

The mother squirrel remains in the nest with the babies, where she cares for them by herself. They are fed every few hours and require constant care by their mother for several weeks.

When Do Baby Squirrels Leave the Nest?

Baby squirrels become fully independent and are able to leave the nest roughly three months after being born (source).  This means that the squirrels that are born in late January will start running around your yard towards the end of April while ones born from the summer breeding season will emerge in the September/October timeframe.

Squirrels born from the summer mating season have little time to prepare for winter by fattening up and caching nuts than squirrels born in the spring. As a result, the long term survival rate for summer babies is typically lower than spring babies (source). The other major factor that influences how long squirrels live is the abundance of predators.

How Old Are Squirrels When They Mate?

Young squirrels reach their full adult size and mass around 9 months of age but sexual maturity takes longer to obtain.

Female grey squirrels typically reach sexual maturity when they are about 15 months old while male squirrels are sexually mature closer to 12 months old but will be delayed if in the presence of dominate males.  This means that a female squirrel born in November would be ready to mate in the following summer season.

The reproductive cycle of male grey squirrels is interesting and is defined through testicular development.  Sexually active male squirrels have very pronounced testicles that go through two seasons of testicular regression where the size of their testicles shrink by up to 90% (source).  These times of regression correspond to seasons where females are not breeding and are thought to be a way to conserve energy. 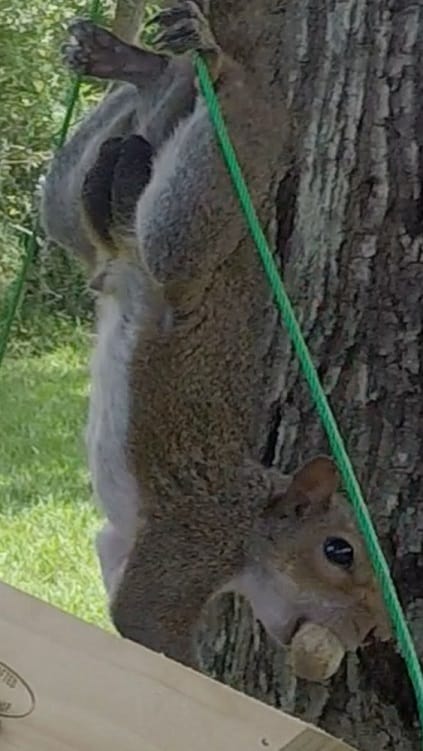 The thought that testicular regression is an energy conservation mechanism is supported by a study that showed males which were extremely well fed in an enclosed environment did not undergo regression (source).  Further supporting this idea is another study which showed regression was prolonged when food was scarce.

Read more about it here: Why Do Squirrels Chase Each Other? Are They Fighting?