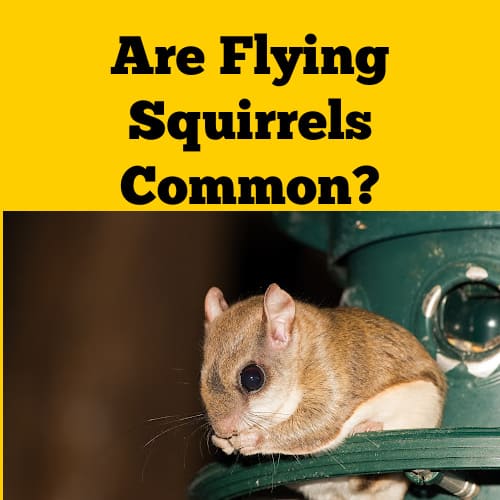 Distribution Of The Flying Squirrel

The flying squirrel is a pretty widely-distributed species. In fact, it isn’t even just one species at all; there are more than 50 distinct types of flying squirrels, although there isn’t a lot of difference between them. All but six of these species are native to Asia, and Southeast Asia in particular.

The Southern Flying Squirrel can be found throughout the Eastern United States, and even in parts of Canada and Mexico. While it is native to the southeastern U.S., it has spread itself far and wide. The Northern Flying Squirrel, on the other hand, is mostly found in Canada and the northernmost parts of the U.S. Their ranges may differ, but these two species are remarkably similar.

We know that these animals have an extensive range, particularly in North America and Southeast Asia. However, to answer the question posed by the title of this article, we need to get an idea of their numbers. Before we go any further, you should understand that wildlife population numbers are always speculative, so take them as rough estimates rather than exact figures.

Unfortunately, we run into a problem when we start looking for exact numbers. No one seems to have a solid estimate of how many flying squirrels exist in the world, which seems odd. There are population figures for specific species, but that isn’t what we want. Instead, let’s look at their status on the endangered species list.

However, we do find that there are one subspecies of flying squirrels that have been listed as endangered. This species is the Carolina Northern Flying Squirrel, so we can assume that this one isn’t common. That isn’t surprising because it has probably been crowded out by the expansion of the Southern Flying Squirrel into the Carolinas.

It can be difficult to tell a flying squirrel apart from a normal squirrel. At first glance, they don’t really look all that different. Obviously, the flying squirrel has a flap of loose skin between each set of legs, but you won’t really see that until the animal is gliding. However, one distinctive feature of flying squirrels is their eyes.

Just look at a few photos of flying squirrels and you can tell that their eyes seem larger and more rounded than the eyes of standard squirrels. They kind of look as if they are staring at you very intently, so this makes them somewhat easier to recognize for those who know. Also, when they are stretched out on a tree, you can just barely see the skin flaps between each front and back leg. As long as you can get a decently good look at them, flying squirrels aren’t really that hard to recognize.

You probably haven’t seen a flying squirrel in the wild, even if you spend a lot of time there. This is because flying squirrels are strictly nocturnal animals who prefer to move about at night. Thus, you are unlikely to see them gliding from tree to tree in the dark.

Even when people do catch a glimpse of these animals, they are likely to be mistaken for bats. You could have all kinds of flying squirrels in your area without even knowing anything about them.

Other Indicators Of Flying Squirrel Population

Although definite population numbers are hard to get for this animal, we can see other indicators that show how common flying squirrels are. These animals are not rare at all within their ranges (again, except for one subspecies). How do we know this? Well, because many localities consider them to be pests!

Sometimes flying squirrels have a habit of colonizing attics, leading to a lot of problems for the property owner. Thus, there are pest control companies that specialize in the extermination of flying squirrels. Such a thing would not be legal if the animal were rare in any way. We can also see evidence of their high population numbers by looking at how often they are eaten by owls.

As we covered in a previous article, flying squirrels are frequently eaten by owls. In fact, they are one of the most common prey items for many species of owl. This suggests that owls have an easy time finding these creatures, which in turn suggests that they are very common indeed.

Although you aren’t likely to see one, flying squirrels are among the most common wild rodents in the United States, Canada, and Southeast Asia. If you don’t live in one of these areas, they will be uncommon or nonexistent, of course. However, we have determined that the flying squirrel is very numerous within its known ranges. As such, we can definitely say that flying squirrels are a pretty common animal. We hope that you have enjoyed this article and learned a few interesting facts in the process.