Chipmunks are cute, furry and completely harmless. Or at least they are until you pose a threat to them. In that case, a chipmunk will bite you hard and flee off to its burrow as quick as its little paws take it.  Read on to find out why do chipmunks bite and what health risks their act of aggression means for you. 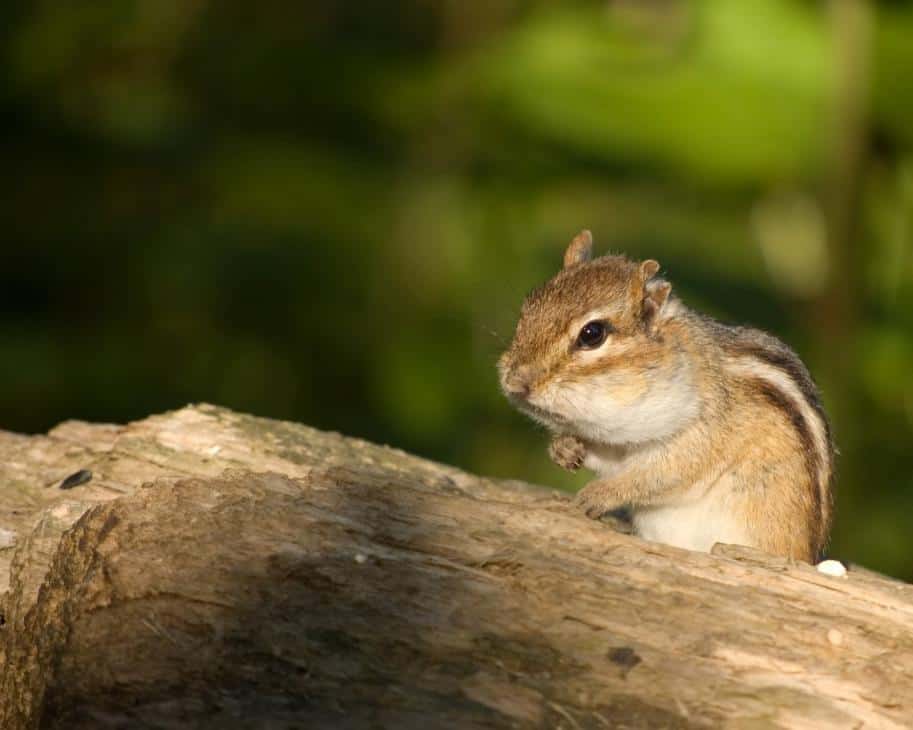 Why Do Chipmunks Bite?

Chipmunks are extremely cute but they aren’t friendly. Most of them prefer the wilderness and would only invade human territories in search of food. Therefore, if you do see a chipmunk or two around your garden, then you should avoid aggravating them because they feel threatened and intimidated by your presence. Such a scenario sets off their ‘flight or fight’ mode. The good news is that they usually prefer flight over fight. That’s why they usually run off as soon as you approach them.

However chipmunks can become aggressive when stressed and, in that circumstance, are more likely to bite or scratch you. It usually happens when people pick them up or try to cuddle them.  Here is a classic example of a highly stressed chipmunk biting a well meaning person as hard as it can.

Moral of the story―keep your hands off stressed chipmunks at all costs.  They will think that you are a predator trying to eat them and will defend themselves to the best of their ability!

This is also why I recommend using traps to catch a chipmunk inside your house instead of grabbing it with your hands.

What To Do If You Are Bitten By A Chipmunk

Chipmunks have sharp teeth, so the bite will naturally hurt. Moreover, the puncture wounds will start to bleed if the cut is deep.  It is important for you to act immediately if chipmunk bites you. The sooner you treat it the less likely you are to get infected.

According to ‘Bites and Stings: Animals’, by John Hopkins Medical School, the first step is to clean the wound thoroughly to risk infection or a septic reaction. Then treat it according to the severity of the situation.

Here’s the usual protocol to treat an animal bite:

Chipmunk bites shouldn’t be taken lightly as there is a small chance of contracting a disease that they may carry.  While chipmunks do not usually carry rabies they are known to carry other diseases.

Let’s look at the most dangerous diseases that chipmunks carry:

1. Lyme Disease:  Lyme disease is commonly transmitted by infected black-legged ticks. However, chipmunks and other rodents that have been bitten by the tick can carry this disease too. Which is why it’s possible for you to get the bacterial infection after a chipmunk bites you.
The most evident sign of Lyme disease is a distinctive skin rash that’s medically known as erythema migrans. Before that, you’ll suffer from fatigue, throbbing headaches, and fever. The failure to treat Lyme disease can cause the infection to spread all over your body (including the cardiac and nervous system).

2. Plague:  Plague is a bacterial infection that is transmitted via fleas. You can also contract it if you touch a dead or infected mammal. The common carriers of plague include chipmunks, wild rodents, and ground squirrels. At present, the disease is prevalent in the Western US.
The good news is that the legendary plague can no longer wipe of millions of infected people as modern science has found a cure. The only problem is that most of its early symptoms (i.e. headaches, fever, and chills) overlap with other common diseases so early diagnosis is problematic.

3. La Crosse encephalitis:   La Crosse encephalitis is a rare but dangerous disease that attacks your nervous system. The scary part is that most people that get infected show ‘no apparent symptoms’. However, some patients show signs of fever and nausea 5-15 days after they get infected. The viral disease is primarily transmitted through mosquitoes. However, Eastern chipmunks and tree squirrels also play host to the virus.

In the end, chipmunks may be timid creatures but they do tend to bite when they’re distressed. The bite can become infected or transmit diseases like plague and Lyme disease if not treated immediately. However, in most situations you’ll only end up with a mild scar.

Whatever the case may be, it’s better for you to avoid the bite altogether by not handling chipmunks in the first place.