The chipmunk is among the few rodents in the world whose presence is largely limited to North America (Except for the Siberian chipmunk). Of course, this does not make them any less diverse amongst their other rodent friends. As I have mentioned in my earlier articles, you’ll find 25 different species of chipmunks in North America.

These members of the chipmunk family can be distinguished from each other in several ways. One of these is their breeding cycles, which is precisely the reason for this article!. 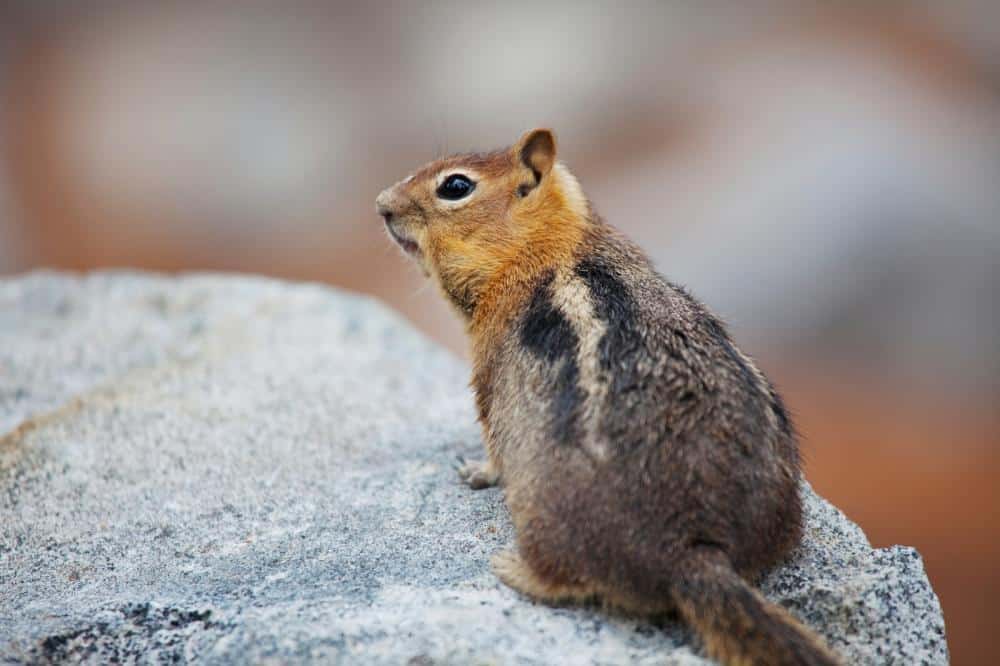 One of the questions people often ask about these animals is, “When do chipmunks have babies?”   The quick answer is that chipmunks have babies in the Spring, typically in the March-April timeframe.  However, given the diverse geographic climates in which various chipmunk species are found, the Spring season can extend into later months with babies being born in the months of May and June.  Some species of chipmunks have a second litter of babies in September.

Let’s take a look at some chipmunk species and when they tend to have their babies:

The Eastern chipmunk is found across almost the entire eastern half of the United States and is the perfect example to demonstrate why there are so many answers to the question of when these animals give birth.

The Eastern chipmunk has two breeding cycles a year; one in in early spring and the other later in midsummer.  Following the mating cycle, females have a gestation period that lasts 31-35 days.  At the end of this gestation period, they give birth to 2 to 5 infants. This number can go up to 8 infants as well.

So, for the Eastern chipmunk alone, we can say that babies are born in March, April, May, July, August and September.

Here is a complete care guide in case you find an orphaned baby chipmunk and need to feed and care for it.

This means that the Alpine chipmunk sleeps through any chance of a Spring mating season and will only breed when it comes out of hibernation in late May or early June.  This will result in babies being born in late June or July.

The babies will only have a few months to mature before they too go into the mid October hibernation.

The Palmer’s chipmunk is only found in the Spring Mountains near Las Vegas, Nevada. Descriptions of this chipmunk’s breeding cycle bring another wrinkle into the picture.

The breeding cycle for this species begins in April and extends into July with babies being born 30-33 days later. However, the Palmer’s chipmunk gives birth underground and the babies do not emerge from the burrows until they have matured in late July or early August.

To the casual observer it would look like the babies are born in August (when they are first visible above ground) when they were really born in July.

The California chipmunk, found in the mountains of southern California, offers more complexity to the baby making equation.

The California chipmunk only has one breeding season but it is incredibly long lasting from January through July.  Such a long breeding season results in an equally long season of births.

So, for the California chipmunk, babies can be born anytime between February and August.

The Sonoma chipmunk, found in northwest California, is an interesting example of another variable in the chipmunk baby equation.

This species has a single spring breeding cycle.  However the general term “spring” must be used instead of a specific month as females that live near sea level enter estrus at least 5 months earlier than females living at higher elevations. The reason for the elevation dependent mating timing is unknown.

The gestation period for these chipmunks lasts for 31 days and they give birth to 3 to 5 infants.

The Red-tailed chipmunk, found in the central Rocky Mountains,  adds another piece to the baby puzzle.

This species has one breeding cycle in a year, between the months of February to July, with most mating sessions take place in April or May. The gestation period is between 28 to 36 days. The females give birth to 3 to 8 infants.

However, if the litter dies, the female chipmunk can enter the estrus again. This is followed by a second mating cycle, after which she gives birth to a new litter. The ability to produce a second litter in a season if the first litter is lost is seen in other chipmunk species like the Least chipmunk.

So, when do chipmunks have babies? Anytime between February and August is possible depending upon which of the 25 species of chipmunks are involved.

Some of the variables that influence when babies are born include: