There are 25 species of chipmunks in the world and they are the smallest members of the squirrel family. Their small size, bushy tails, and plump cheeks are the reason some people love these creatures. But while the chipmunk scores high on the cuteness scale, there’s a lot more to these animals that people don’t know about. 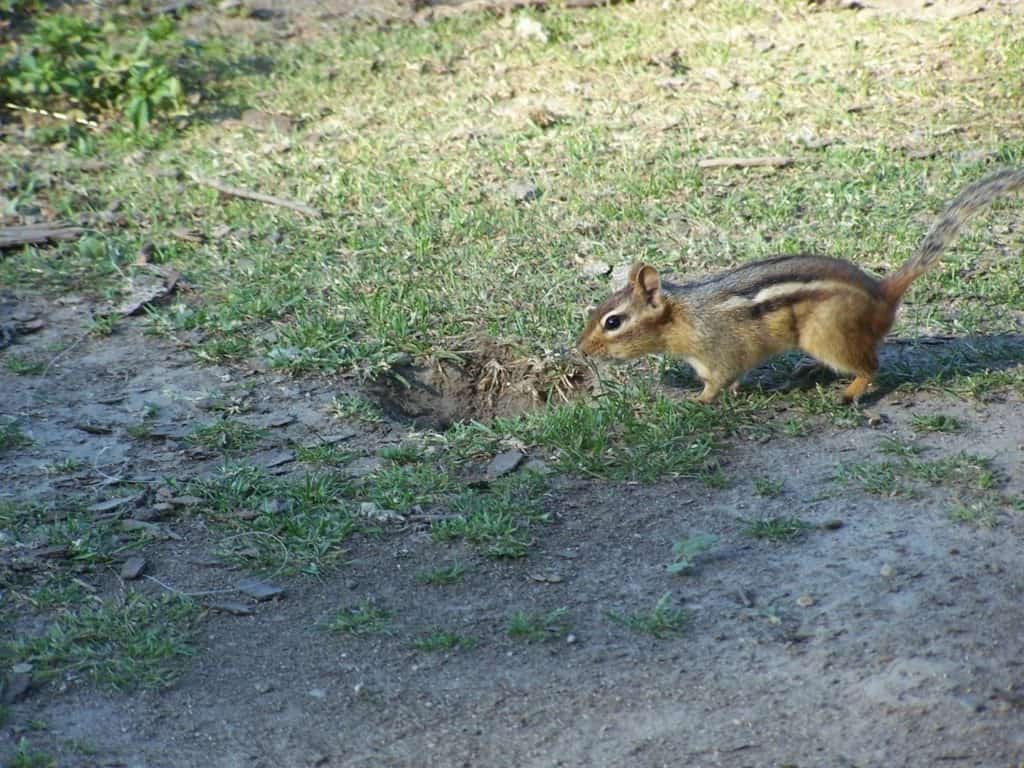 Chipmunks: An Overview of their Locations and Habitats

Chipmunks are ecologically versatile creatures. They can inhabit different types of environments. These include deciduous and coniferous forests as well as sagebrush deserts and dry scrublands.

The Eastern chipmunk is the largest member of the chipmunk species. This chipmunk can be found in the forests of eastern North America. The Hopi chipmunk inhabits the canyonlands and buttes of Southwest America.  The Uinta chipmunk prefers the forests in the Western United States. We also have the Siberian chipmunk. This is the only species of chipmunks that are found in Asia. Its habitat range is from the White Sea (Northwest Russia) to Siberia, Northern Japan, and South China.

Are Chipmunks Arboreal or Terrestrial Creatures?

Chipmunks are primarily terrestrial in nature. However, they are also experts at climbing trees and other surfaces. Some chipmunks like the Uinta chipmunk resemble a tree squirrel in terms of habits and lifestyle. The Hopi Chipmunk is an adept climber as well and can climb across rock faces and overhangs.

Almost all chipmunks live in burrows dug into the ground but there are some reports of them occasionally nesting in hollow trees. The burrow system of a chipmunk is incredibly complex and includes a primary nesting chamber, often constructed out of chewed or crushed leaves, as well as many secondary chambers that serve different purposes.  Let’s take a close look.

The Burrow System of a Chipmunk

The burrow system of a chipmunk is a surprisingly complex structure. It has a network of tunnels along with various entrances. Their burrow systems are usually 3 feet wide and can extend up to a length of 30 feet or more. These burrows are divided into several sections as well. They include a chamber for storing food, a rest area, a nesting area or a nursery, and a chamber for excreting waste.

When a researcher excavated the burrow system of a chipmunk, here’s what they found:

A typical burrow system will consist of a series of tunnels.

There is a main entrance and several secondary entrances that are well-hidden and difficult to find. Obscurity is important to these creatures as it helps protect them from their terrestrial predators. This can be seen from the fact that an Eastern chipmunk will actually carry the soil that is unearthed during the digging process and transport it to a different location. This helps in confusing predators and concealing the entrances to their burrows.

The tunnels will have several side pockets. These are useful for storing food. It is important to remember that a chipmunk is a hoarder. It spends the months of summer and autumn in building up its food stores for winter. Therefore, storing food in their burrows is an important part of a chipmunk’s lifestyle. These side pockets also add to the overall amount of space available within a tunnel and can be used to turn around when multiple chipmunks enter into a burrow system.

The nesting chamber is usually located at the center of the burrow system. Chipmunks will use crunched up dry leaves for lining this chamber.

There is also a plunge hole present. This is an opening that will lead a chipmunk straight down into the burrow system. It may be useful for a quick escape.

There are draining tunnels that extend downwards as well. These prevent a burrow system from getting filled with water.

The researcher did not find a chamber for waste. This can lead to the assumption that chipmunks excrete waste outside their burrow systems. However, other sources suggest that there is a chamber for waste present inside these burrows as well.

Can a Chipmunk’s Burrow System Be a Nuisance for Humans?

The burrow system of a chipmunk is known to cause structural damage to patios, foundations, and porches. Their burrow systems can often extend under old stonewalls. This is usually not a source of concern. However, if a chipmunk decides to dig a burrow near your home, it can quickly turn into a nuisance.

We have already discussed how extensive these burrows can be. Naturally, if you place such an extensive amount of excavated space underneath the foundations of your home, then it’s going to create a problem. Chipmunks also dig their way through to extend the length of these tunnels. They will use their cheek pouches to carry soil outside of the burrow.

As the soil present underneath your porch, patio, or foundations gets removed, the amount of support gets reduced as well. This can cause the slab to crack or collapse entirely. Make sure you call for pest control if a chipmunk starts building its burrow system outside your home. They are cute, but it can also be incredibly hard to get rid of them on your own. A professional will be able to help you better.

Chipmunks can occupy a variety of habitats. They are primarily terrestrial creatures that will live in underground burrows. The burrow system of a chipmunk can be very long and extensive. It will also have several chambers that are used for a variety of purposes.

Chipmunks can often be a nuisance to humans if they end up building their burrows outside of someone’s home. In this case, these burrow systems can weaken the foundation underneath your home. You should call a professional in this case and get rid of the burrow system before any serious damage occurs.