It can be difficult to tell male and female squirrels apart just by looking at them. There are some subtle differences between the sexes but it can be tough to spot them in the wild.

We will go over the best way for telling male and female squirrels apart including: 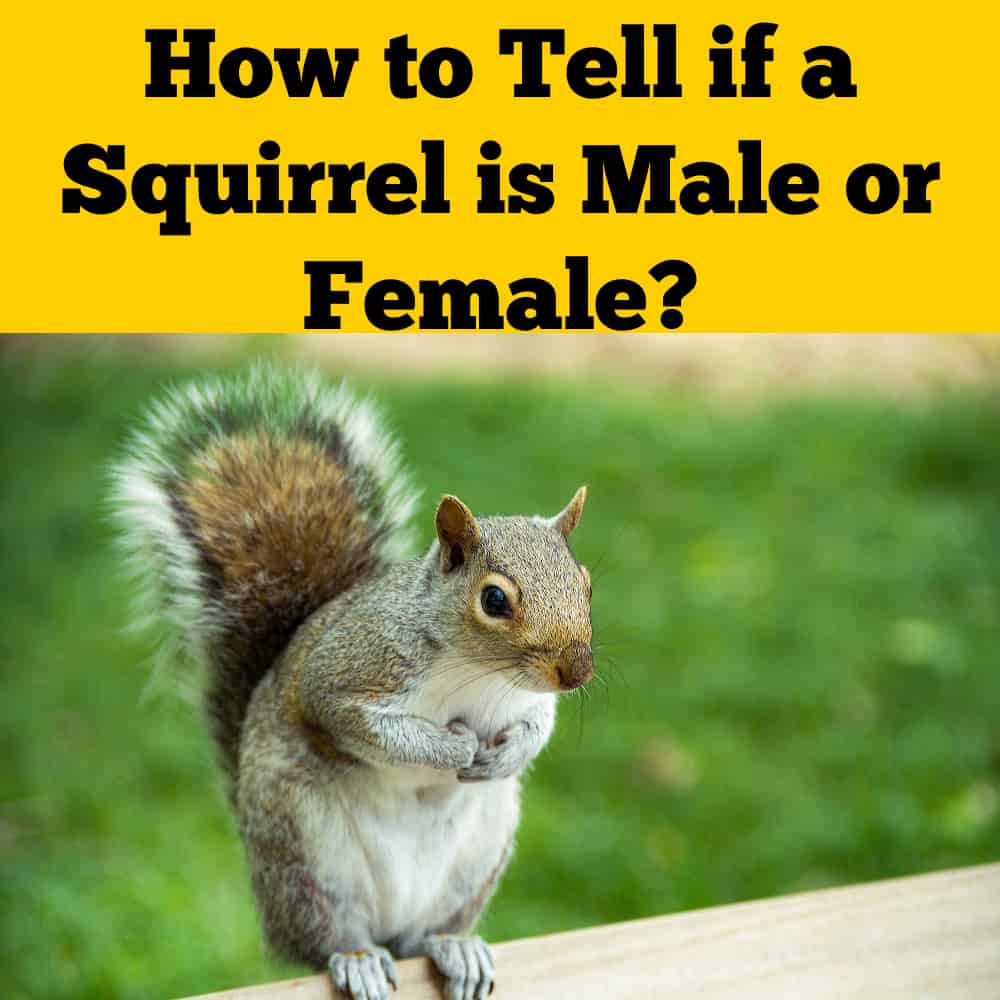 When we get to flying squirrels, which are much smaller that grey and fox squirrels, the difference in size between male and female is minimal.

Other factors can affect the size of a squirrel such as:

These variables make it difficult to determine a squirrel’s sex based on size alone.

The most reliable way to determine the sex of a squirrel is by observing their genitalia.

To identify a squirrel’s sex, look for the presence of a scrotum in males or a vulva in females. The scrotum is a sac of skin located near the base of the tail in males, and it contains the testicles. The vulva is a small, slit-like opening located on the underside of the tail in females.

When a female has babies she will be easy to spot as her nipples will become enlarged.

Outside of breeding season the only way to inspect a squirrels genitalia is by handling them.  Handling a squirrel is dangerous for both squirrels and people and should be avoided.

Male squirrels are more territorial and aggressive than females. If you see one squirrel chasing another then it is almost always a male doing the pursuing.

There is some indication that females are more vocal than males.  This is most certainly the case after the female has given birth and is on close guard against predators.

There are a few key differences that you can use to tell male and female squirrels apart.

The most reliable way to tell the difference between male and female squirrels is to examine their genetalia.  However, size and behavior can provide indicators.

Instead of trying to handle squirrels the best approach is to use binoculars or a camera with a telephoto lens to get a closer look.

Further information on this topic can be found in the following resources:

“Mammals of the Eastern United States” – Information on the size and weight of various species of squirrels, including Eastern gray squirrels and fox squirrels.

“The Squirrels of North America” – Detailed descriptions of the physical characteristics of different species of squirrels, including genitalia.

“Squirrels: A Wildlife Handbook” – An overview of the biology and behavior of squirrels, including information on how to tell male and female squirrels apart.