This article will discuss what sets these two species apart from each other along with their defining features.

Even though the species look very similar, there are some very telling visual differences between fox and gray squirrels. While there are some notable variations and exceptions, the coloring of both gray and fox squirrels is more or less the same throughout most of their range across North America.

Fox squirrels are predominantly gray with a slight brown, yellow or red-orange tint with a rust-colored belly and a black outline on its tail.

The fox squirrel is the largest native tree squirrel in North America reaching lengths of 18– to 29-inches plus a tail of eight to 13 inches in length. Fox squirrels weigh in at between one and three pounds. 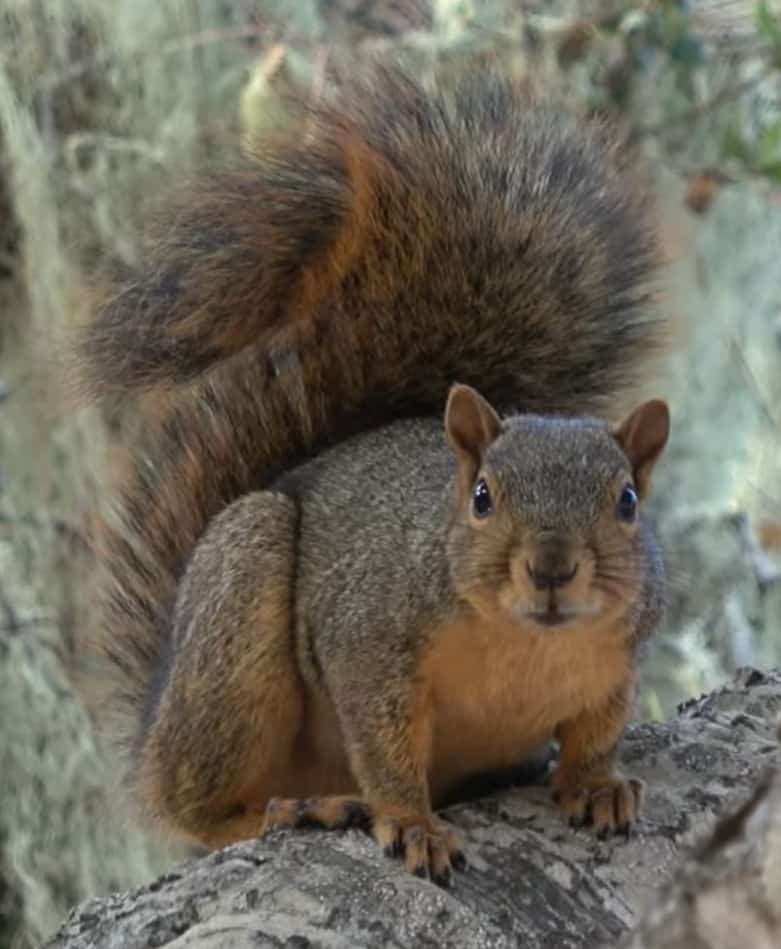 Except for two notable exceptions, gray squirrels live up to their name with gray body hair, a white belly and a gray tail that has white-frosted tips.

Gray squirrels are considerably smaller in size than fox squirrels, growing to between nine and 12 inches long with a 10- to 12-inch tail. Gray squirrels weigh between one and two pounds. 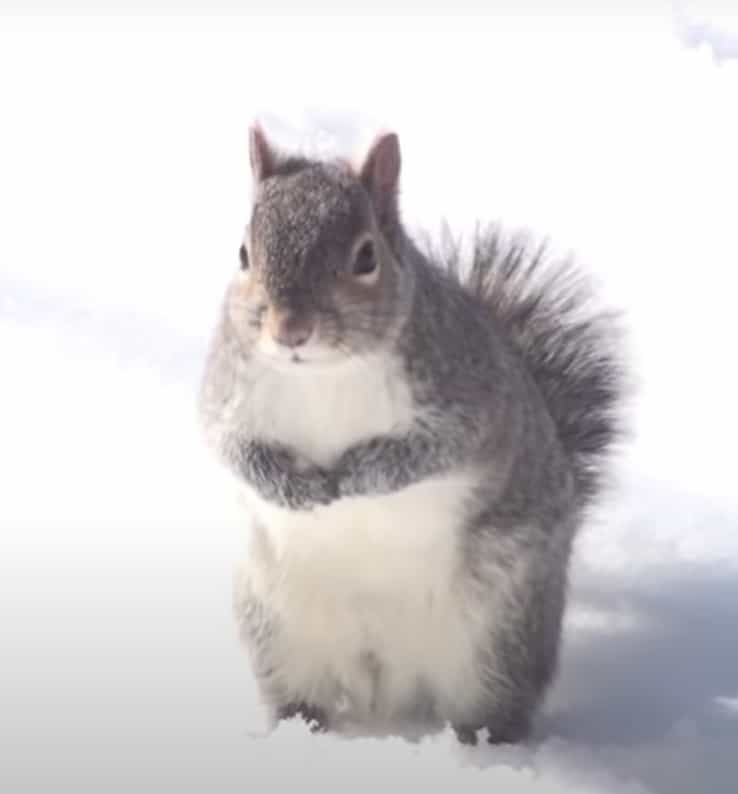 There are a few exceptions to these guidelines. There are fox squirrels with a patterned dark-brown body, a black face and white nose. There is also a beautiful all-black mutation of gray squirrels that inhabit some areas of the Midwest and Northeast. Albinism also occurs in both species. However, albinos are not just an all-white variation, but a gene mutation that results in a total lack of pigmentation.

The fox and eastern-gray squirrels have overlapping native ranges across the eastern portion of North America. Both species spend much of their lives in trees, but forage for food on the ground. Both species also prefer dense hardwood forests, but gray squirrels can be found in lowlands and brushy bottomlands along rivers and fox squirrels prefer forests on higher ridges.

Both species have adapted to urban areas, particularly in places where large oak and hickory trees are plentiful. However, even where their ranges overlap, fox and gray squirrels do not typically share the same habitat.

Here are some of the most common questions when doing a side-by-side comparison of the gray squirrel vs. fox squirrel:

Is a Fox Squirrel the Same as a Red Squirrel?

Because they rely on the seeds of pine cones for food, the American red squirrel is referred to as a “pine squirrel” west of the Mississippi River.

Do Fox and Gray Squirrels Interbreed?

Fox and gray squirrels do breed where the species ranges overlap.

While there has been some controversy over this issue in the past, a new study explains this is what produces the black-phase squirrel. According to a study published in the journal “BMC Evolutionary Biology,” black squirrels are actually gray squirrels with a mutated gene variant that is passed to gray squirrels during mating with fox squirrels. The study reports the same gene that is responsible for the black squirrels’ coloring is the same gene that gives some fox squirrels their predominantly reddish-brown fur.

While fox squirrels are playful, active and can be bold in places where they have become acclimated to humans, fox squirrels are not aggressive towards people or animals. This is true of gray squirrels as well. The only exceptions are if the animal is rabid or feel their young are being threatened.

How Rare are Fox Squirrels?

Thanks to their being protected for over 30 years, fox squirrels have nearly tripled their range in many areas. The Eastern fox squirrel is now abundant, but no overall population estimate is available. The species is currently classified as “Least Concern” and its numbers remain stable.