The mechanisms bats use to survive winter are only partially understood. The fact that bats are nocturnal creatures that live in remote, often hidden locations makes studying them, especially in the cold of winter, difficult.  These challenges are compounded by differing behavior between the different types of bats and even variable behavior within the same species that are in different geographic locations.

How bats survive winter is incredibly complex and, in some cases, almost miraculous.  When it comes to winter survival a common question is often asked, “Do bats hibernate or migrate?” Here is the quick answer: 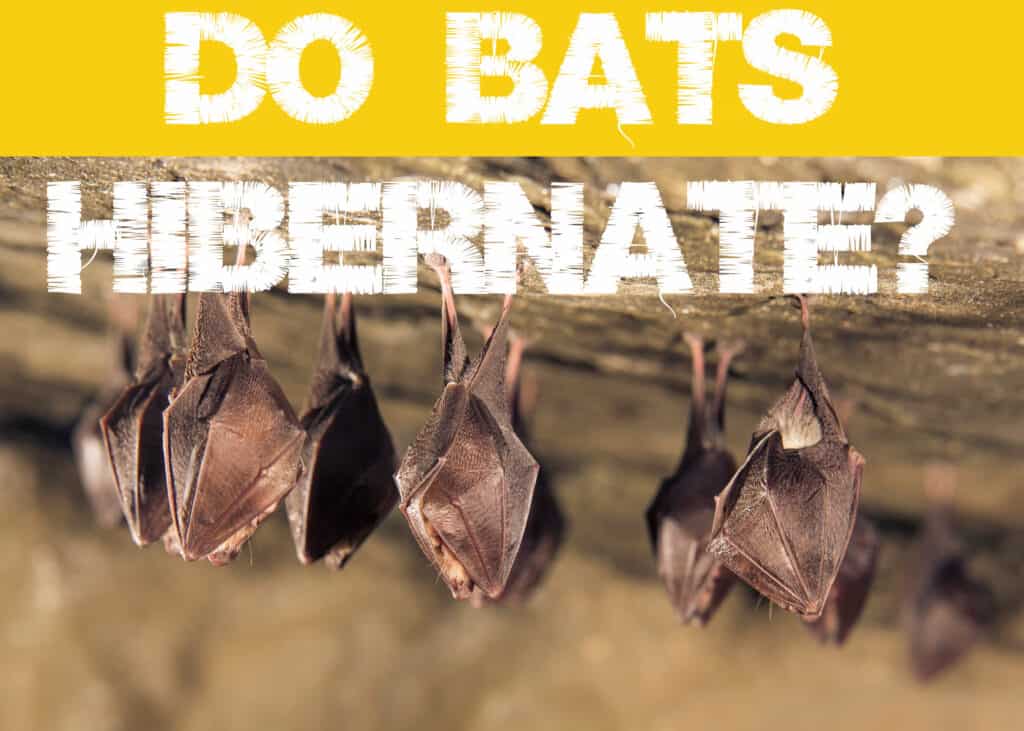 An example of the diversity in winter behaviors are the nine species of bats that regularly reside in the state of Pennsylvania.  Six of these species undergo hibernation in Pennsylvania while three species migrate to hibernation locations in other parts of the country.

Let’s take a look at some bats that hibernate, some that migrate and some that do both.

A few of the more common bat species that undergo hibernation are:

We typically think of hibernating bats as living in caves in a sleep like state for months on end.  This is an accurate picture for species like the Tri Colored bat but the situation is more complex for other species.

For example, bats will come out of hibernation for short periods of time to eliminate waste and sometimes search for food.  This cycle for Little Brown bats is in a twelve to nineteen day range and can even extend to over 80 days. In contrast, Big Brown bats have been recorded coming out of hibernation on a three day cycle.

While most bats love caves for hibernation there are always exceptions.  The Little Brown bats will sometimes hibernate in houses and other human made structures.  The Long Eared bat has some reports showing that it hibernates in tree cavities and other reports indicating it hibernates in rock crevices.

Timing of hibernation also varies extensively with the Tri Colored typically being the first species to go into hibernation and the Small Footed bat being the last.

Bats That Migrate to Hibernate

There are several species of bats that undergo hibernation after a migratory journey.  Some of these species are listed below:

There are two very different reasons why these bats migrate before hibernation.

The understanding that migratory Hoary bats also undergo hibernation is a recent discovery (2016 research) and shows how much more we have to learn about bats in general.

The migration of Gray bats is absolutely amazing.  According to this excellent article, “..nearly all gray bats from Alabama, Florida, Georgia, Kentucky, Tennessee, and Virginia hibernate each winter in only four caves.”  The fact that all of the Gray bats in the Southeast United States are able to find one of the four highly specific caves is fascinating.

Apparently Gray bats seek these four caves not because they are warm but because they maintain exactly perfect conditions of temperature and humidity.

Bats That Migrate to Warmer Locations

Some of our bats decide to skip hibernation and migrate to warmer locations.  Two examples of bat species that exhibit this behavior are the Mexican Free Tailed bat and the Lessor Long Nosed bat

The Mexican Free Tailed bat, made famous by the massive colonies in Austin, Texas, are the fastest mammal in the world. Who knows, maybe these little guys are just in too much of a hurry to slow down for a winter’s nap.

The Lessor Long Nosed bat skips hibernation and follows the cactus trail on a southernly route.  This bat is a prolific pollinator of cacti, many of which only bloom at night when this species is flying around.