I bought some of the best squirrel proof bird feeders I could find two years ago and have been enjoying watching the squirrels figure each of them out.  This review will cover the Perky Pet Squirrel Be Gone Feeder.  We will look at how well it has held up over the years, how squirrel proof it actually is and a few things I have learned about the feeder. 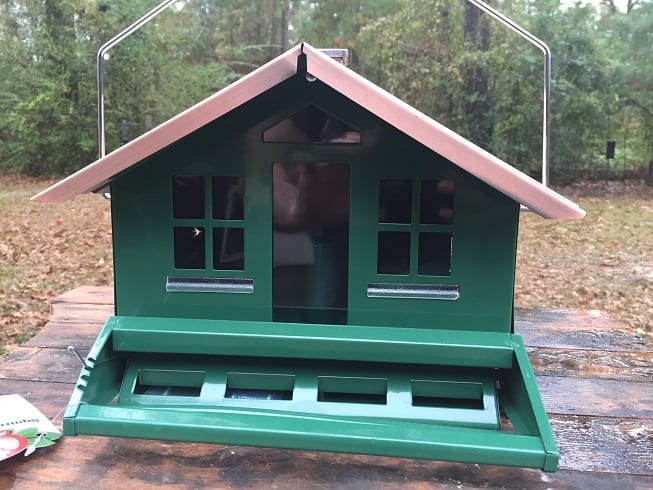 Overall I am pleased with the Perky Pet feeder and it has been a great value.  After two years the feeder is still highly functional and the only real changes in the feeder are cosmetic.  It has lasted two years in solid condition and I expect it to last at least another two years.

Here is a comparison of the feeder on the first day I put it up to what it looks like today. 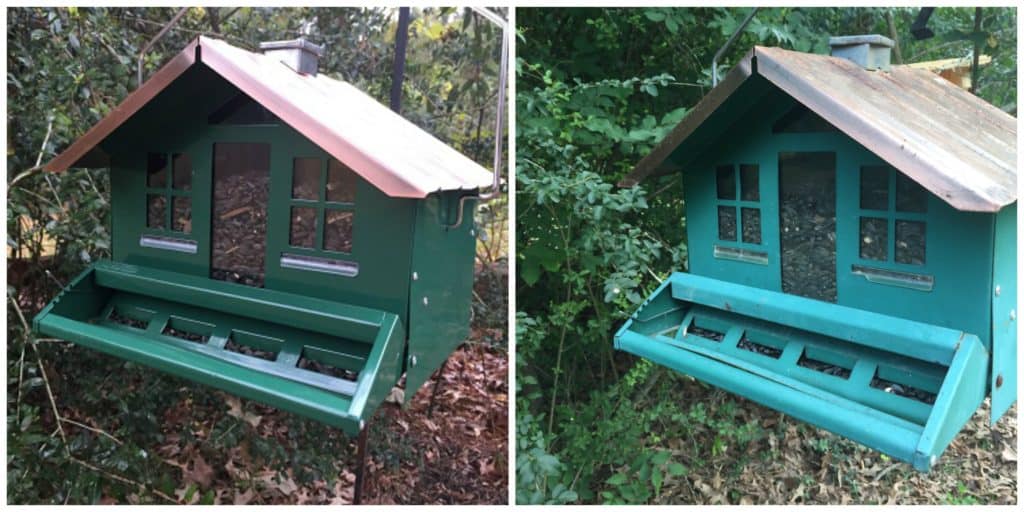 The most striking change is in the color.  The bright English racing green has faded into a dull teal.  Similarly the shiny copper roof has taken on a significant weathered look.

The weight adjustment lever has held up well.  In concept this is a nice feature but in reality I have never really messed with it.  Heck, most of the time when I refill this feeder the lever has been knocked out of the notch which puts it on its most sensitive setting. 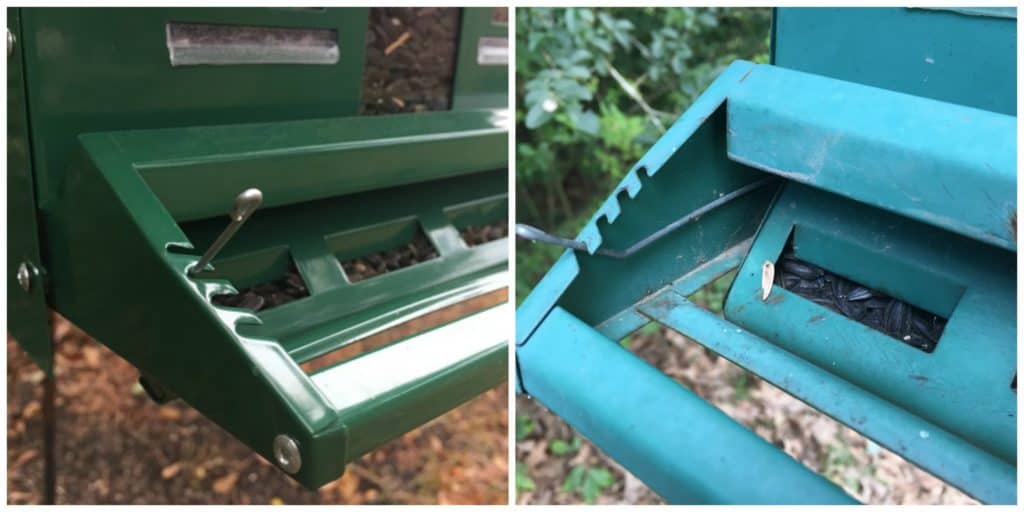 I think the level is made of aluminum as I am not seeing any signs of rust like I would expect from a steel pin.

My biggest complaint about this feeder is that you have to twist the chimney cap just right to get it open and to close it back up.  Although the cap is showing some rust it still operates like it was when it was brand new. 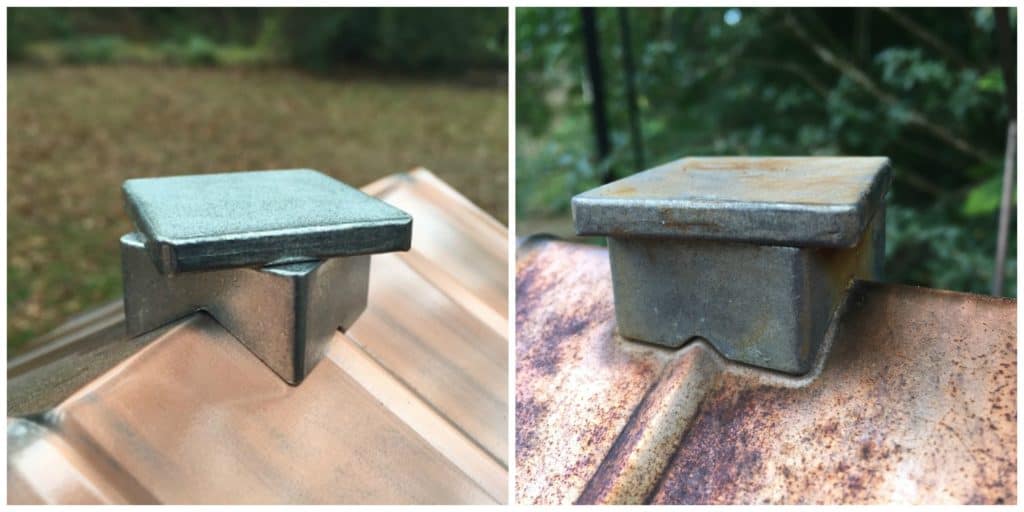 I don’t like the chimney cap because twisting it “just right” to open requires random guesswork.  I always get it to open eventually but it usually takes me three or four tries.  Maybe I am just a slow learner.

One of the reasons I bought this feeder was its large capacity. 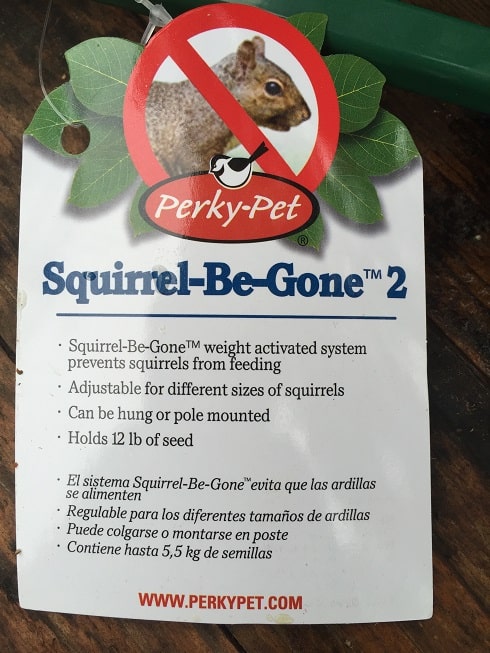 This guy can hold twelve pounds of seed which is pretty awesome!  I love that I only have to fill this up every couple of weeks.

The flip side of having so much capacity is that this feeder is HEAVY when it it full.  The feeder can with the hardware to use to pole mounting.  I decided that I didn’t want to use a pole system and hung the feeder from a metal Shepard’s crook. 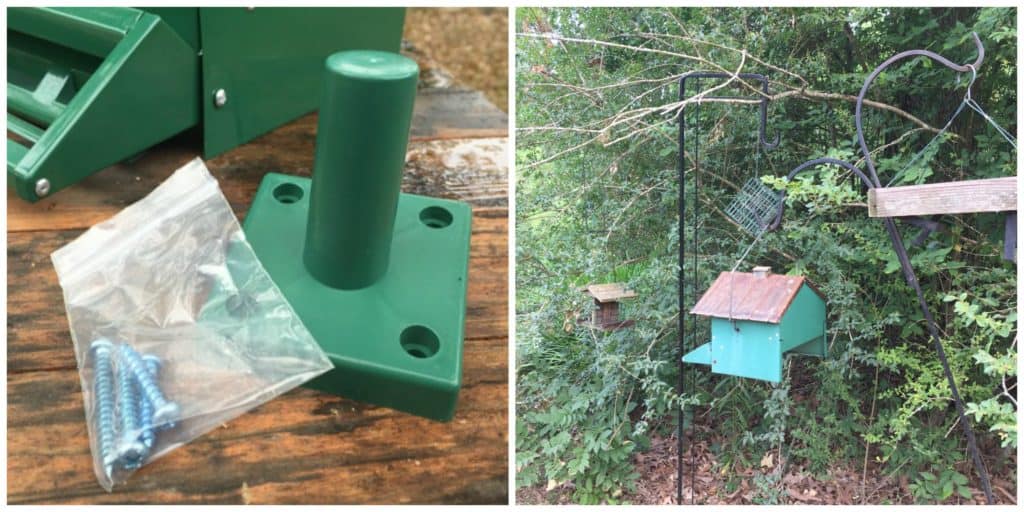 It turns out that I should have used the pole mounting option 🙂  The heavy feeder has put an extreme bend into the Shepard’s crook and it looks a little half baked and redneck.

How did the feeder perform?

I would absolutely buy the Perky Pet Squirrel Be Gone feeder again if this one ever got damaged. The one thing that I would do different is invest in the pole mounting system that could properly handle the weight of the feeder.